Whilst basking in the glorious sunshine, the reForm team explored the beautiful city and stumbled upon some fantastic things in between the places on our itinerary, but the highlight of the trip had to be visiting our partner practice, IAA Architecten at their Amsterdam office on KNSM EiIand. It was brilliant for both teams to get to know each other in person and to be able to discuss the planned future collaborations both in the UK and the Netherlands.

We were very fortunate that Harry Abels IAA’s Director, invited celebrated Urbanist Ton Schaap to come and hold a talk for the reForm team about his experiences as Senior Designer at the Amsterdam Development Office and as an instrumental figure in the thinking and redevelopment of Amsterdam’s Eastern Docklands in the 1990’s. Ton talked the teams through the history of the area, its gradual decline and spoke of his part in it’s resurrection into the urbanised, cosmopolitan living quarter of Amsterdam that exists today.

Between the late 19th and early 20th century’s, the archipelago of harbour islands were built along the bank of the IJ River, providing much needed harbour space for the Dutch cargo fleet and passenger ships before they sailed for places such as the former Dutch East and the West Indies. The destinations of the fleet are the very reason why some of the new islands were named after those in the East Indies, such as Java and Borneo.

From a buzzing industrial area, time passed and the Eastern Docklands slowly fell into disuse – it became renowned as a squatters paradise, even housing a squatters cafe named ‘The end of the world’.

Ton described in detail the approach the city planners took and the approaches that ensured the definition of units in the development’s master plan that coincided with the structure of the derelict harbour. The notion that was key in the original design was that the proposed road was planned to go through the docklands was built underground, freeing space for a further one thousand dwellings. He spoke of density being the first step in sustainability within a master plan, the use of high densities in the redevelopment meant the efficient use of space and amenities which allowed an avoidance of use of valuable land outside the city.

“Car traffic is to be tamed in the city. Public transport can be integrated in a city. Mass car traffic belongs to the landscape, it is out of town. Creating neighbourhoods that are comfortable for pedestrians and cyclists where people can see and hear each other, not too big, not anonymous, still public, and combined with diverting large scale car traffic underground proved to be the solution in Amsterdam’s former harbour.”

Ton spoke of the respect the urban planners had for the spirit of the location, in combination with the plan for a variety of new architecture in the waterfront landscape to create places that represented the true charm of the Eastern Docklands. He discussed the original schemes proposed for the Docklands, specifically that of Borneo-Sporenburg and spoke of the reasoning behind the now realised high-density plan created with a mix of low-rise housing and three apartment blocks dotted around the islands.

A fantastic lecture, we want to thank Ton for taking time out of his weekend to give us such a personal and enjoyable first hand insight into the process of the renowned major urban transformation of the Eastern Docklands. 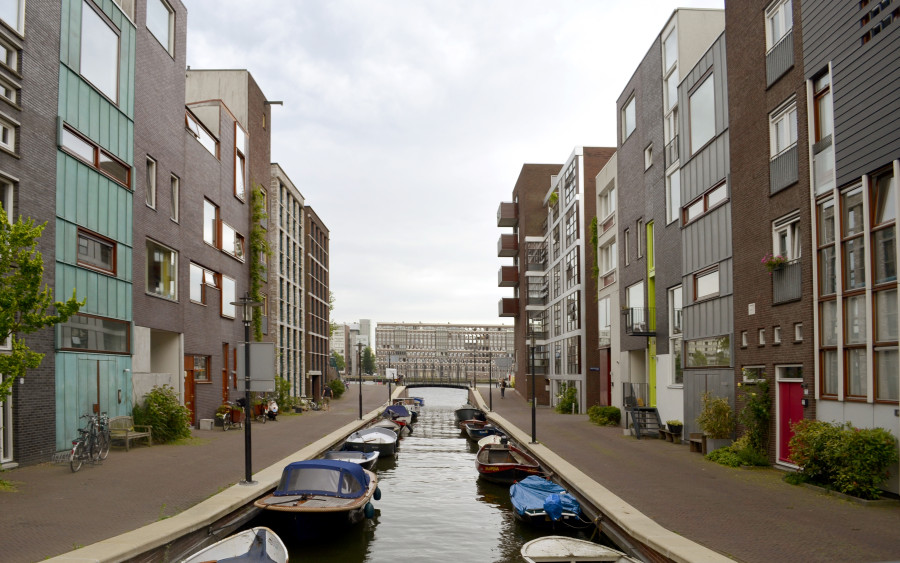 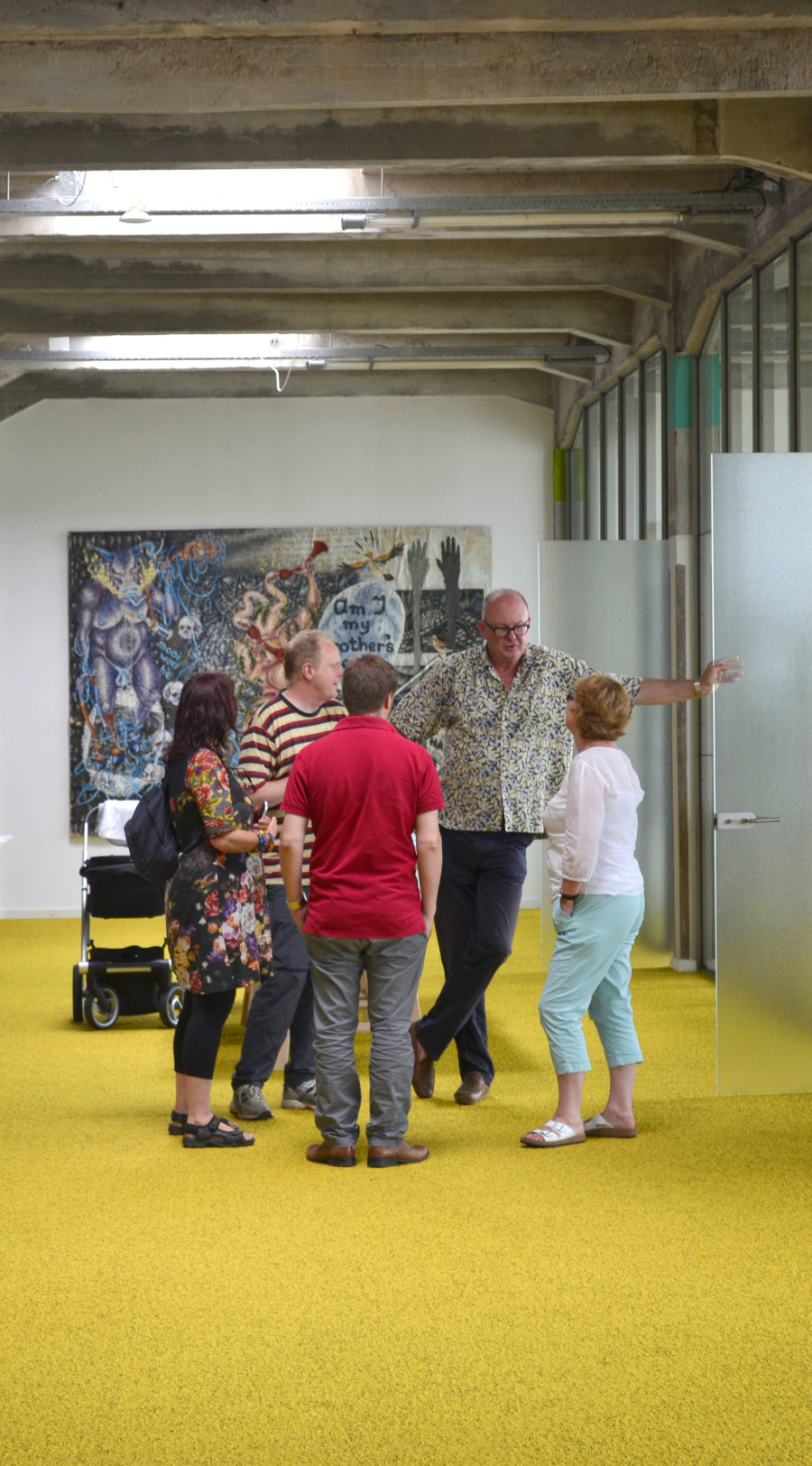 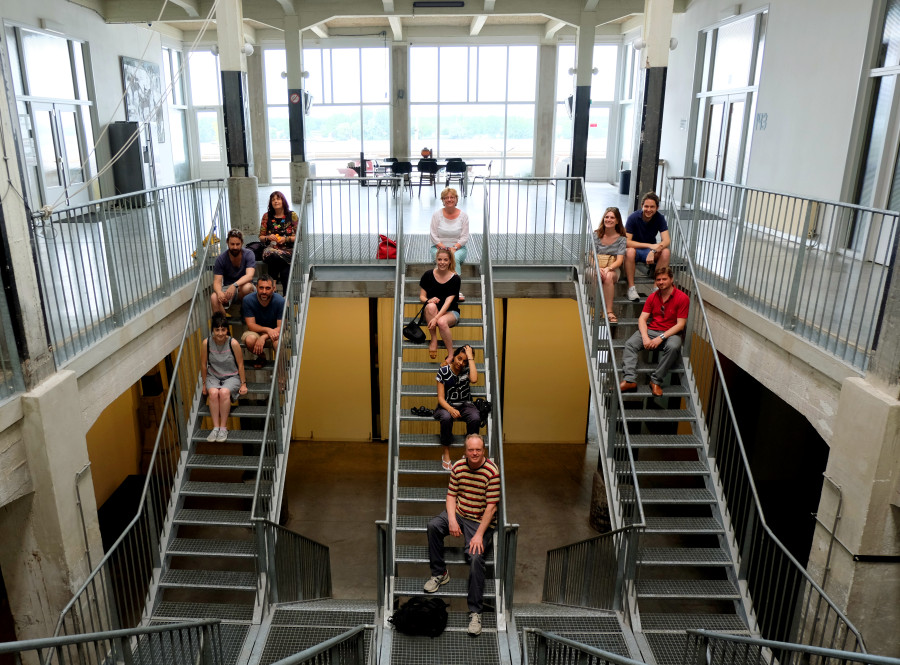